The glorious history of Ukrcable

1900 - the year the Ukrcable plant was founded, the founders of which were the Germans - Genchke, Oislander, Polit and Ostrich. They decided to unite part of their capital in the Society for Faith. The total deposit amount was 150,000 rubles. It was on this basis that the first enterprise in the manufacture of electrical conductors was founded in Ukraine.

In connection with the growth of production and marketing of products, in 1902, the number of shareholders increased significantly, and “Faith” turned into the official “Joint-Stock Company of the Kiev Cable Plant”. Shares of the plant began to be quoted on the stock exchange, showing stable growth and bringing large returns to its shareholders.

Over the next 4 years, the product range has expanded significantly. The factory has already 2 workshops: drawing and winding. And in the flesh, before the outbreak of World War I, 1914, the enterprise worked stably and constantly developed. However, the war left its negative imprint on the work of the enterprise.

In connection with the reorientation of the economy of then-Russia (and Ukraine, as part of it) on the military track and, as a result, the redistribution of finances in this direction, the number of orders for cable products fell. And this led to the stagnation of Ukrcable.

Then, in 1917 in Russia there was a change of power, which entailed a change of ownership of Ukrcable. The plant was nationalized by the then created state of the USSR.

At the end of 1920, the USSR electrification plan known as the GOELRO Plan was adopted. And then a new rapid growth of Ukrcable began. The output is constantly increasing. The geography of supplies of cable and wire products has greatly expanded.

With the beginning of the first five-year plan in 1928. The enterprise was reconstructed. Additional workshops were planned. A large number of imported equipment for the production of cables, wires and cords were purchased. The production of flexible hose cables for the mines of Donbass was mastered.

In 1930, the plant was awarded the title "Impact Enterprise", and also he was recognized as an enterprise of national importance. In this heyday of socialist competitions, the plant was developing rapidly, and since there was no free space on the territory at that time, then they began to build a new building in place of the old building, without stopping production, just by erecting walls around the old one.

After the start of World War II, on July 10, 1941, by official order, Ukrcable began to be evacuated to the Urals. The evacuation took place often under the bombing of German aircraft. Factory workers showed miracles of heroism to preserve the assets of the enterprise. And it, without significant losses,
was evacuated and became known as the Ural Cable Plant. Installation and commissioning of the enterprise in a new place were carried out, as they say, "from the wheels." The production of the much-needed cable for the country did not stop for a minute. And already by 1942, the Ural Cable Plant was noticeably stronger. New workshops came to the place. A large dining room has opened.

Many factory workers were drafted into the Red Army, and defended their homeland with honor from the Nazi bulk. In Kiev, on Baggovutovskaya street, 14, a monument was erected to our cable warriors who died on the fronts of World War II (see below). It was opened on February 23, 1965.
Leaving Kiev in July 1941, the Ukrcable collective took out almost all the equipment, if only the occupiers would not get it. But this did not stop the Germans from establishing a Siemens-Schukkert company on the site of the plant and setting up their cable production on it. But the constant shortage of materials and sabotage of workers thwarted their output.

And already in 1943, the Siemens-Schukkert company dismantled its cars and took them to Germany. Leaving behind broken workshops and destroyed communications. The condition of the territory of the plant was deplorable. And yet, after the plant returned from the Urals, at the end of 1945, it was brought into line with the necessary requirements and again began to meet the tasks assigned to the plant.

In the early 60s, the plant experienced a rebirth. Ukrcable produced almost all brands of cable and wire products for various purposes, many of which reached the level of world standards. There was an active cooperation with 32 countries of the world.

After the collapse of the USSR, the Ukrcable plant was transformed into the Ukrcable Plant OJSC. The plant exported almost half of its products to Austria, Italy, Germany, Poland, Slovakia, Hungary, etc. And in 1994, the company received the Golden Star international award for quality.

In 2000 years the plant went through difficult times. He lacked investment in new equipment. The difficult economic situation in Ukraine affected Ukrcable. The market share from 8% began to decline to 4-5%. Return on assets decreased to the level of self-sufficiency.

In 2012, the Trading House "Ukrcable" was founded.
The new management of the enterprise in the person of Vladimir Dovbenko and Oleg Melnik, with the full dedication of the team, again brought the company to a leading position in the industry. Nevertheless, the main strategic goal is to restore the former glory and power of the Ukrcable brand.
On September 10, 2013, the Ukrcable trademark was officially registered in the State Intellectual Property Service of Ukraine.

In 2017, the Trading House Ukrcable was reorganized into the Production Enterprise Ukrcable. With effective management and with the help of the GalCat group of companies, renovation of fixed assets takes place, the team is growing significantly, production is certified according to ISO 9001.

Today Ukrcable is a modern large-scale manufacturer that creates a wide range of cables, wires and cords. In order to meet the needs in related sectors of the economy, subsidiaries were created on its basis. Thereby, Ukrcable has become an economically powerful, horizontally integrated group of companies. The mission of Ukrcable is to be a reliable and convenient partner for those who need the delivery of electric energy. 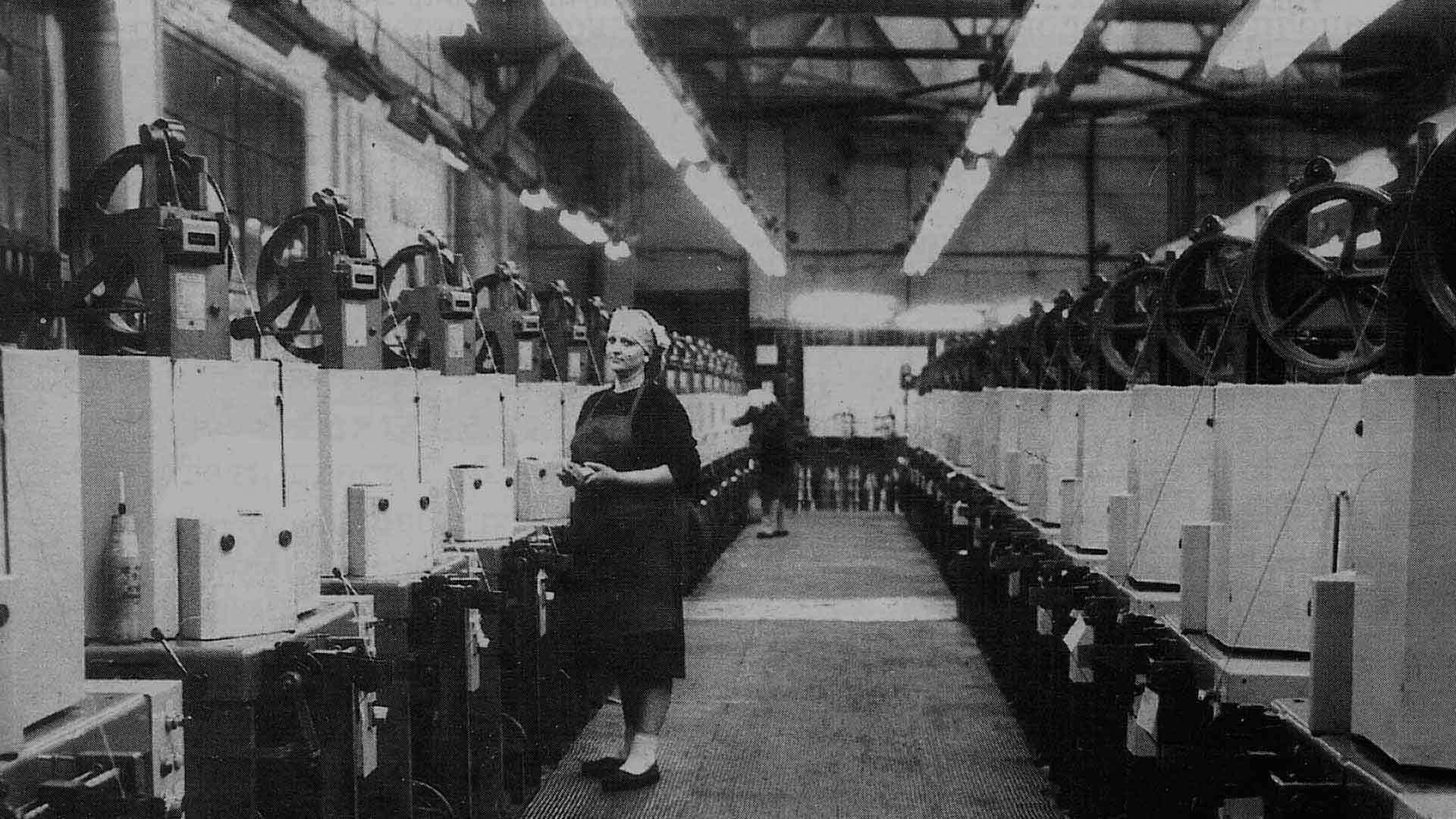 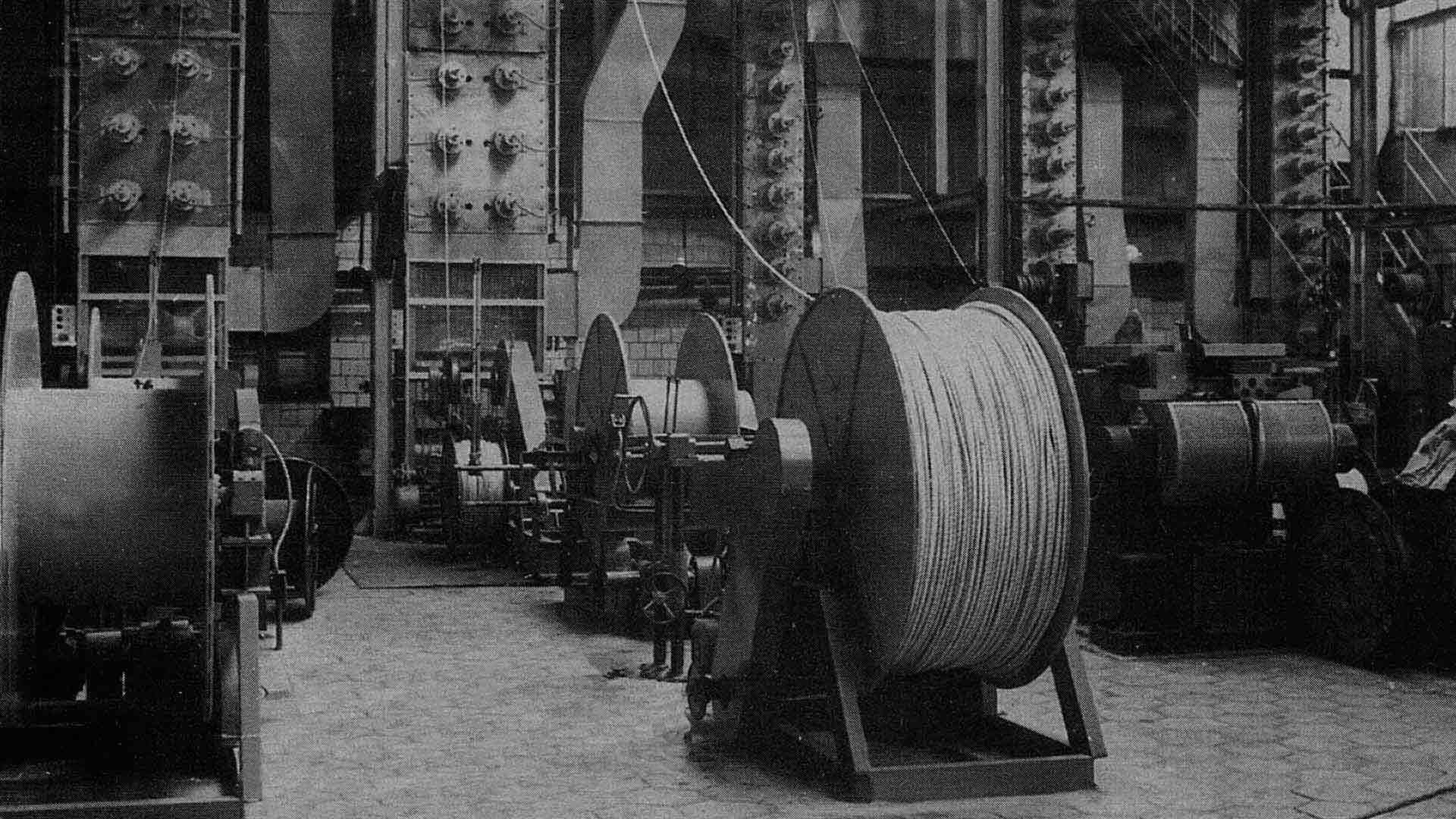 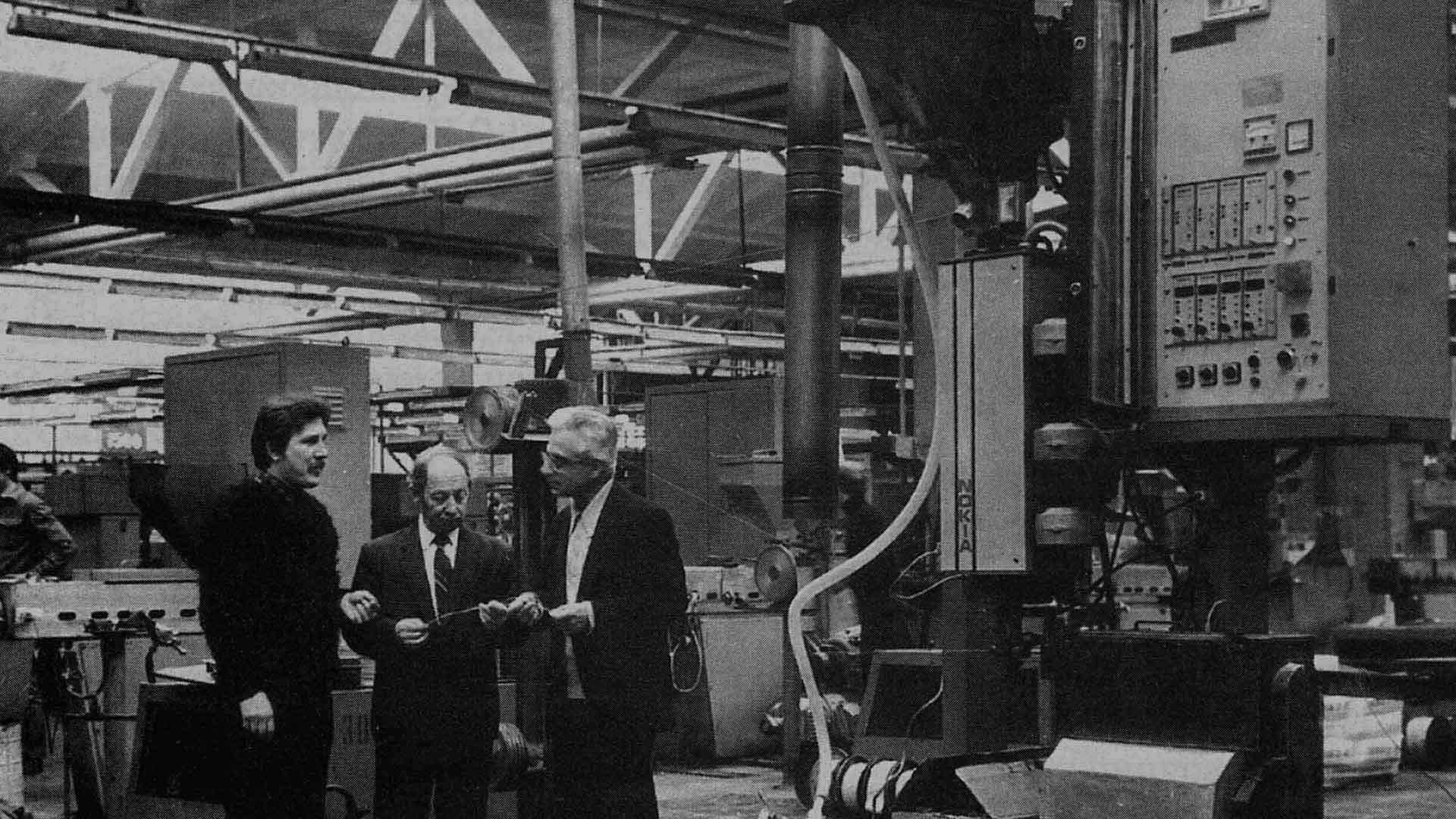 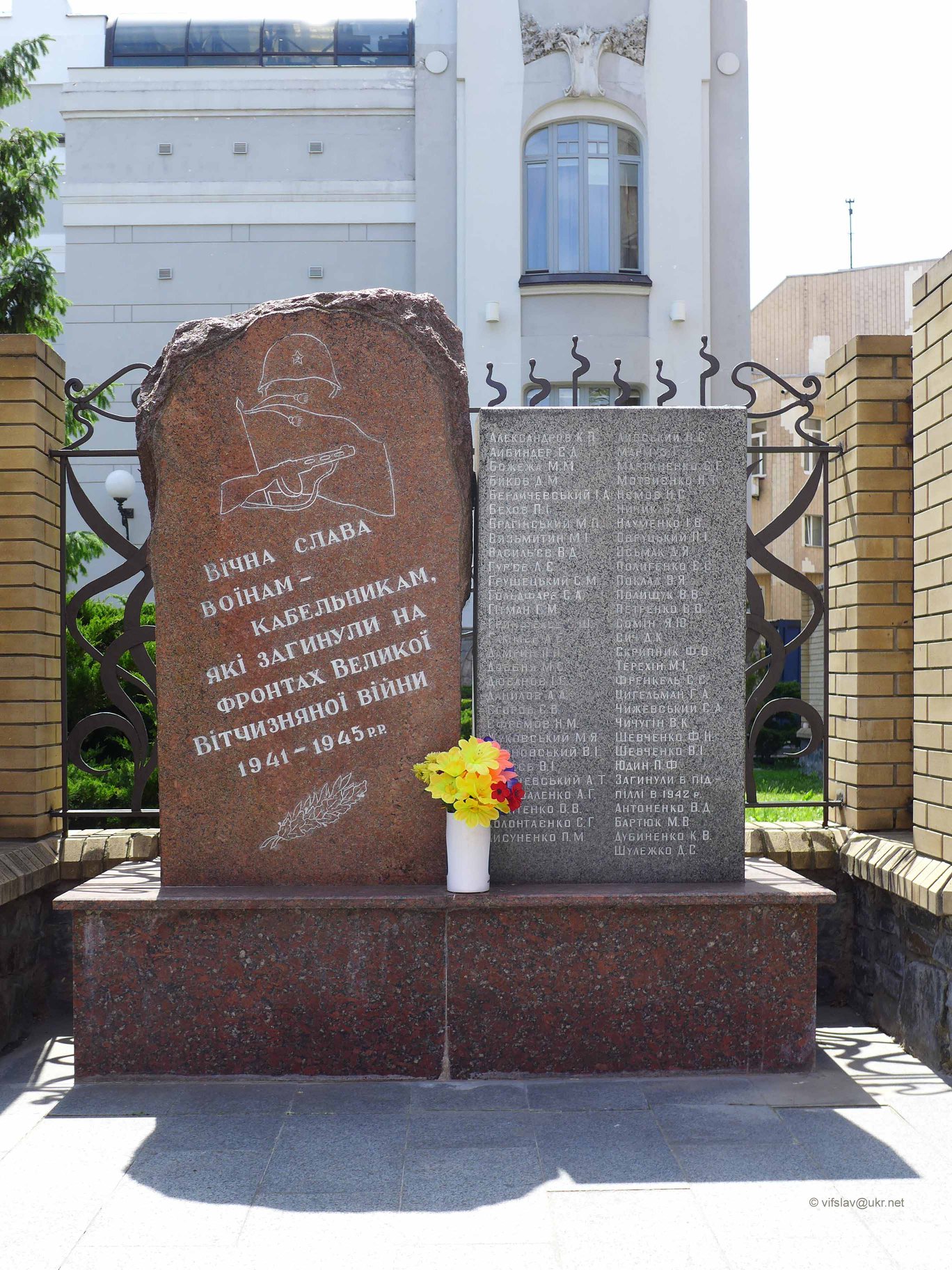 Laboratory testing of products in "PP "Ukrkabel" Ltd.
Strategy Ukrcable in the development of production
Production in Ukrcable.